Be inspired by the most successful entrepreneurs who kept their day jobs when they started a business:

Sara Blakely, the woman genius behind Spanx, kept her day job as a salesperson for Danka, selling fax machines door to door. She spent a couple of years working to have her patient while she was still working at Danka before she quit her job.  Blakely, who is now far different from the saleswoman she once was,  currently has a net worth of US$1.04B.

If you know Minecraft, you should also get to know the man who created it: Markus “Notch” Persson. Minecraft was just a “hobby project” while he was still working for King (think Candy Crush) as a developer. He eventually left his job to found Mojang and the rest is history. 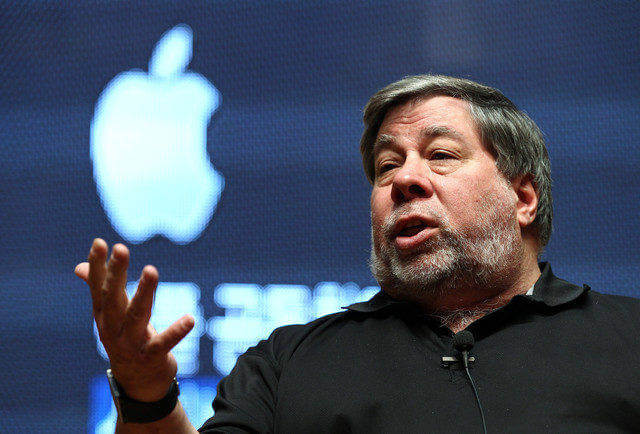 Steve Wozniak, Apple co-founder, was still working for Hewlett Packard (HP) when he started working with Jobs in developing Apple computers. He was loyal to the company which made him take a while to leave it. He even pitched the first Apple computer models to HP and got rejected. Eventually, he left HP in 1976 to focus on Apple.

Phil Knight was an accountant when he started the company now known as Nike. He got an idea of creating athletic shoes when he was still in Stanford and teamed up with his college track coach to create Blue Ribbon Sports. They came up with a strategy to import shoes from Japan called Onitsuka Tigers and sell them at a higher price in the US. He was still working in Portland when he received the first sample of Tiger shoes (which has evolved to become Nike shoes today). He then emailed two pairs of the shoes to Bowerman who offered to become his business partner. Today, Phil Knight is one of the richest persons in the world with a net worth of US$28.1B as of 2015. Thanks to the Nike empire he built.

Andrew Ng and Daphne Koller, founders of the online education platform Coursera, are Stanford professors who wanted to share their knowledge and skills globally. It started as a continuation of an online course in Stanford in 2011. While their team expected only a registration of about 10,000 to 20,000 students, about 100,000 signed up. Realizing the need for sustainability of the project, Andrew and Daphne eventually founded the company in 2012. Currently, Coursera has over 25 million learners and over 2,000 courses and is worth US$6.8M.

Daymond John, founder of the apparel empire FUBU, started the business while working 12 hours a day at Red Lobster. He would sew clothes and sell them on the streets of Queens when he’s not working to wait. He even says that working as a waiter for Red Lobster helped him learn about being an entrepreneur. Eventually, as his apparel business thrived, he started working fewer hours at Red Lobster and eventually quit his job to focus on FUBU. Today, Daymond John is worth US$300M!

If you are still hesitant to take the plunge, you may test the waters first when starting your business before quitting your day job. Building a “5 to 9” career is possible for anyone who has grit.