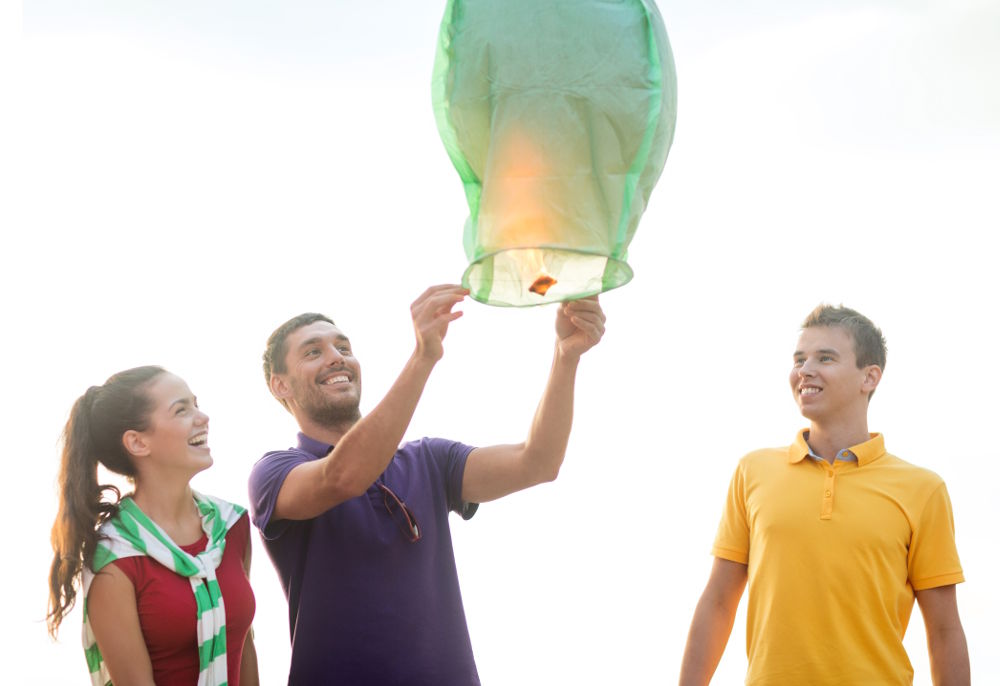 It is well known that our attachments and our desires, are the root of much of our painful habits.

But what do we do, then? What if the usual methods of handling our behaviours are making them worse? This article details some of these errors, and provides a long-term solution, the most useful I have come across: simply dropping the rubbish.

The first thing to know is that we cannot deny our desires, pretend they don’t exist, push them down. Repressed cravings, like emotions, will simply resurface in the future with greater intensity, in a different form, or create psychological and physical symptoms.

A good friend of mine used to overeat compulsively, and one day decided to stop using sheer will-power. Soon afterwards, she began smoking heavily, but she justified it by saying it helped her lose weight. When she decided to stop that, again using will-power, she started drinking almost nightly.

Why was this so? She had changed her external behaviours over the years, but the driving forces inside her remained the same. She was shocked when she begun to practise awareness, she told me – for she discovered the triggers for all these behaviours stemmed from the same insecurities and fears.

Many of the ways we handle our desires and attachments are helpful, but are merely temporary measures. I am not saying that channelling your energy into other outlets, or quitting a bad behaviour through force of will is wrong, if they work for you – but they are not permanent solutions.

Further, these techniques create more inner conflict. The craving itself is causing us pain. We are adding to it every time we fight it; force it down; beating ourselves up or feeling guilty about indulging.

Please note that this article has a general behavioural focus; I am not an expert on addiction. The addictions I have quit, and therefore discuss here, are fairly minor – cigarettes, painful mental habits (rumination), and various other unhealthy lifestyle choices. So if you are dealing with a serious addiction, this is not a replacement for whatever program you are on, but something that can be attempted in conjunction.

Based on my research and discussions with others, the principles are the same, regardless of the habit or behaviour you want to change.

Bringing Awareness To Your Behaviours

What then, can we do? In my experience, the best practice is to let go of all your painful attachments, behaviours, habits, and tendencies.

To do so, we first need awareness, mindfulness. The first post of this series contains a section on analysing your negative habits. This step alone will raise your awareness of how it manifests in your life, the possible root causes and insecurities. This is a tremendous step, so please take the time to try it.

The mind will often fight this exercise. This is the cutting to the core of our suffering – and we will do anything to avoid looking at parts of ourselves we do not want to see. The mind screams, fights, tricks, deceives – anything to get us to avoid the pain. Some people even begin to feel dizzy or bored.

Lorne Ladner, in The Lost Art of Compassion , provides some useful questions.

I first started smoking a while ago, for instance, when I felt lonely. It was after a break-up, and whenever I felt insecure about my attractiveness, or saw other happy couples, I would run and hide behind a cigarette.

Awareness In The Moment

With this background work, it is easier to bring awareness to your actions in the moment. Be mindful of what you are feeling; try to catch yourself when the triggers present themselves. Thich Nhat Hanh calls them habit energies, and I think that is a beautifully apt name.

Sometimes you’ll only realise what you’ve done when it is over. Don’t make a problem out of it. Slowly, you’ll catch yourself sooner and sooner in the habitual cycle. In time, you’ll be able to stop yourself before the behaviour even starts.

Awareness and the habit energies that drive us are so broadly applicable that they can be applied to almost anything. I’ve found people tend to be “locked in” by my examples, so I’ll select from several different examples – some successful, some not – in the hopes it can stimulate your own explorations.

The first example would be my anger habits. A few weeks ago I had a big online argument with a close friend. I have not had reason to be so angry for a long time, and as a result I was not actively watching out for habit energies in that area. In addition, much of my habits around anger have been let go of, and I thought I was done with it. I did not realise some old and stubborn habits had remained hidden inside me.

My friend managed to press just the right buttons, and in that moment I was overwhelmed and piled on him several abusive and foul-mouthed messages.

As the days passed, my thoughts would flash back to the argument, and as the anger arose again, I felt the urge to contact him again to start another fight. Sometimes the habits got too strong, but with awareness, I dropped many of these urges before I acted on them.

Another area we can apply this to would be our mental life. When I began personal development, I used to have a strong tendency to drift off into painful memories, replaying them endlessly in my head. Often I would suddenly look at the clock and realise I had spent the past two hours reliving an old insult, fantasising about revenge. Over the months that followed, I began to “snap out” of the reverie sooner. In time I managed to bring awareness to the triggers that would start such self-pity sessions, and have stopped them altogether.

The last example would be in the social world. I used to indulge in approval seeking behaviour – trying to manipulate people into liking me by smiling too much, showing too much false interest, or exaggerating accomplishments. It was a deeply ingrained habit, based on the false belief that I was not likeable simply for whom I was.

This habit was a bit more complex simply because of the countless ways my insecurity showed up; but it is useful to note that we do not have to be aware of them all. Start with a few – excessive smiling, boasting – and you’ll find the others much easier.

Again, be gentle with yourself. While some people can make tremendous progress in days or weeks, it would be more realistic to measure your progress in months.

Some people spontaneously drop their habit energies when they become aware of it. But don’t make it a problem if you don’t – simply stop and take a few deep breaths when the habits arise.

By doing so, you are interrupting the loop, and being mindful of what it is. Thich Nhat Hanh puts it simply – smile internally. Hello, habit energy. And let it pass through.

In doing so, we disconnect with our compulsions –

If we see our habits and compulsions are simply energy, perhaps blocks of thoughts and feelings – we can simply let them pass through us.

Our minds have been wrongly habituated to hold on to certain thoughts and feelings, when the natural, healthy, response is to simply let them through. And so freedom comes in retraining our minds, to go back to what they are supposed to do: let go.

How Do We Let Go?

So how do we release? First, feel these energies completely without repressing them. Say hello to them; let them be there for a few seconds. In the first two posts, we have seen that these habits, cravings, and attachments merely cause our suffering. They don’t satisfy us for long; at best, they are a temporary relief. And finally, we’ve discussed that we can still enjoy what we have, in fact enjoy them even more, without the associated cravings.

With that in mind, simply try dropping it. This can be a difficult process to learn, because most of us have never tried it before. The first time you do it, you probably won’t get it right. Drop it, in the same way that we loosen our grip on a pencil and simply let it fall to the floor. Relax, soften up internally and physically, and let it go.

If you are having troubles with this, a technique from NLP might help. What is your strongest sense? If you prefer seeing, try to picture your habit energy. What colour is it? What does it look like? Does it have a shape, a picture?

If you prefer, try hearing it. What does it sound like? Is it a voice? What is the tone? Is it a sound? An animal?

Or you can feel it – is it a tightness in your chest, a heat in your neck, or any other sensation?

Then whatever it is, try dropping that. Don’t get too caught up in these imaginings, they are training wheels, meant to be discarded at the right time.

Miracles May Happen, But Don’t Expect Too Much

If you do let go of the desire, you probably won’t get any fireworks or excitement. You won’t feel any deflation or anything negative either. You just feel the urge has lessened, or that you feel satisfied and relaxed without having indulged in it.

The first time I heard about letting go was from a Buddhist teacher I met a long time ago. I tried it for a day or two, didn’t feel any different, and simply gave up on it. This is a common mistake – while some people can drop it all immediately, many cannot. The habits are so strong, have been there for so long, that we are dropping bits and pieces of it.

The desire might return in the future, and it might feel just as intense, but it doesn’t mean that you’re doing something wrong. It just means that you haven’t dropped enough to see a significant difference. This is especially true when we are learning how to do it. Dropping becomes faster and easier the more we practice, so please don’t get discouraged.

Further, realise that these desires are surface expressions of something far deeper, something that has possibly been there for decades. It doesn’t always go away in a few days.

Understanding the Origin of Human Suffering
Your Projects. You Just Have to Do It
To Top